Went to Radio Shack to pick up a DVI to HDMI adapter. They pulled one out of the back. (gold encrusted of course) I asked how much it is. $30. Never mind, I said. This is $3.63 at monoprice.com. I think we should soon see gangstas wearing gold-plated cables purchased from local stores in rap videos. 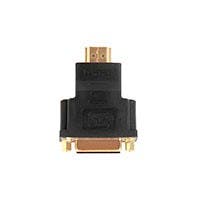 I saw a PS3 demoing at Target doing a demo on a little HDTV. Later, I went home and did the performance test of Capcom’s Lost Planet in a pitiful 640×360 on my computer at 8 frames per second. Sometimes I think about switching to consoles…but I needs my mouse! I turned the corner at Target and saw the Xbox 360 demo unit. It had the ole Red Ring of Death.